Stealth and I took two Owner-Handler Toy Group 4ths to close out 2021 - one at the Kennel Club of Philadelphia/National Dog Show weekend, and the other a couple of weeks later at the same location.
​ Stealth took a Toy Group 4 with Michelle handling on a chilly day at the Ramapo Kennel Club show on October 17th under judge Gloria Kerr!
​ 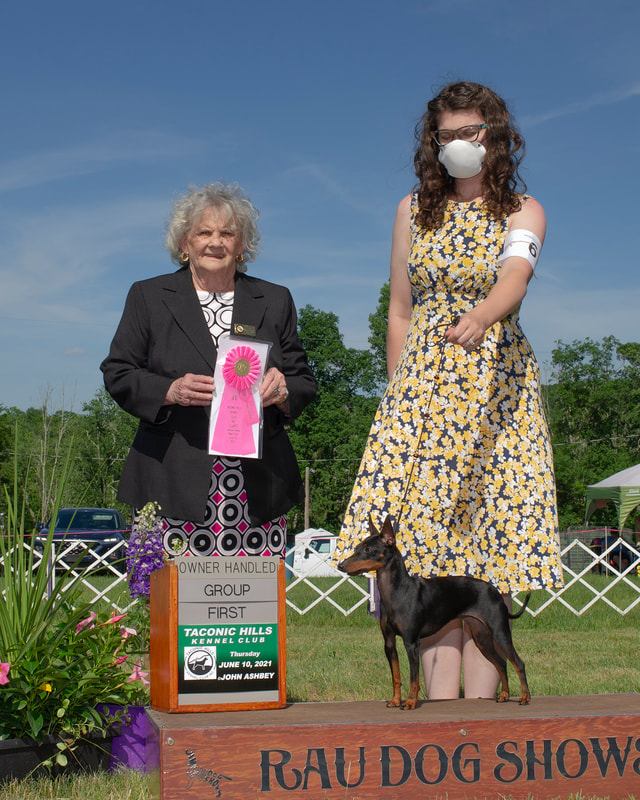 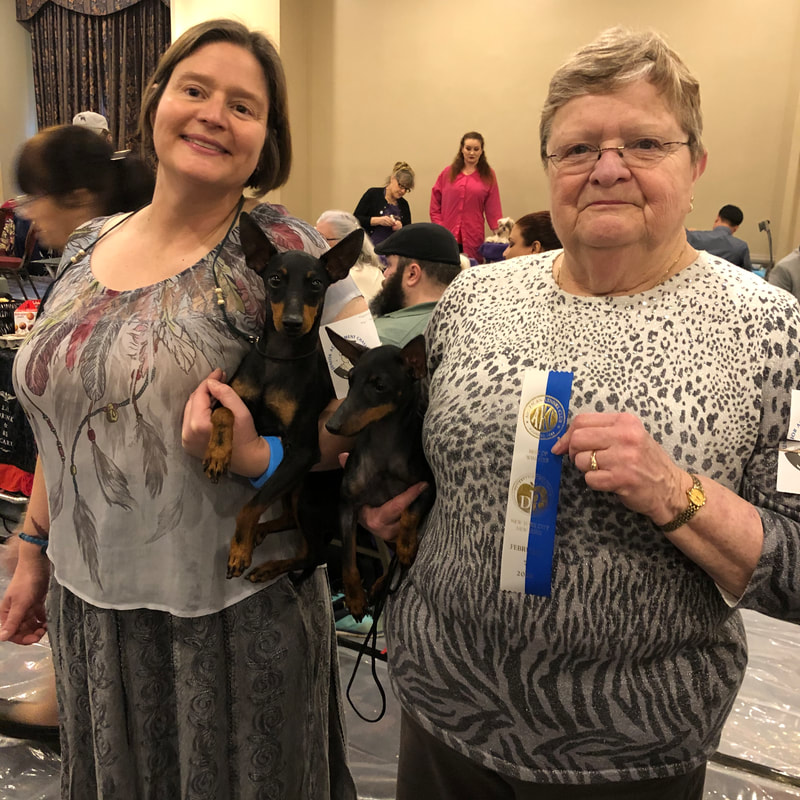 Stealth (affectionately nicknamed "Tiny" because she's only 7 lbs.) earned her first point her first time in the ring at the Progressive Toy Show in February 2020.  She was handled by Sue Thrasher (right), while I handled her half-brother Hunter (left).
After a break due to COVID, Stealth quickly finished her Championship.  She then completed her Grand Championship with some regular and Owner-Handler group placements along the way!